four eyes
looking out to sea
a longing to be out there
in which direction? so much choice
leaving home, family, friends
to a far off place I do not know
what will I find there?
(when) can I return?
so many questions to ponder

tick, tick, tick
money ran out
Back to Reality

We have received your Referral;
what happens now?

Here’s what it means for you:
Supporting Communities,
Unlocking Potential.

Real bread
made with love
by the people at
the Tastiest Social Enterprise.

Easily connect
with a Loyalty Card.
Collect a stamp
with every loaf.
Five stamps
will provide
someone experiencing
social disadvantages
with their own loaf.

Continue the Honor,
Join Today!
Get news first
with our mailing list.
And Well Done
For Taking Part!!!

a ‘Found Poem’ assignment from the FutureLearn How To Make A Poem MOOC.
It is a mashup of texts from 10 sources: SEUK, NHS Scotland, SSE, Faith in Community Scotland, High Rise Bakers, Spoon, Maplin, Sigma Xi, SQLGLA, and Friends of Southern Necropolis. 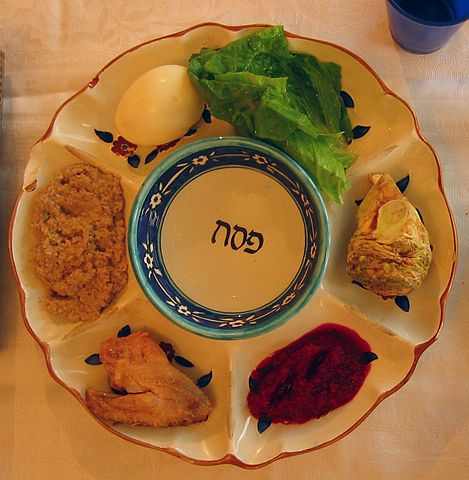 On the Eighth Day of Pesach I still had left to eat:

This truly was the remains of my Pesach food—at the end of the holiday on Saturday evening.
Disclaimer: a few numbers may have been adjusted (but only slightly!) to fit the story 🙂

I haven’t published any poems for some time, so I thought I’d share the following for #WorldPoetryDay.

These were written at the “Creativity with the Spirit” evening (13 Nov 2017) during Scottish Interfaith Week. They don’t follow a traditional Japanese 5-7-5 syllable structure (this departure is apparently quite common nowadays). “On the Spot”, as all six were written in the course of about 20 minutes, with no further editing.

flakes in the air
first snowfall
or volcanic eruption

mist in the air
forgot the brolly
up goes the hood

autumn morn
the Clyde like glass
leaf falling on water

springtime here
still bundled up
where are the blooms? 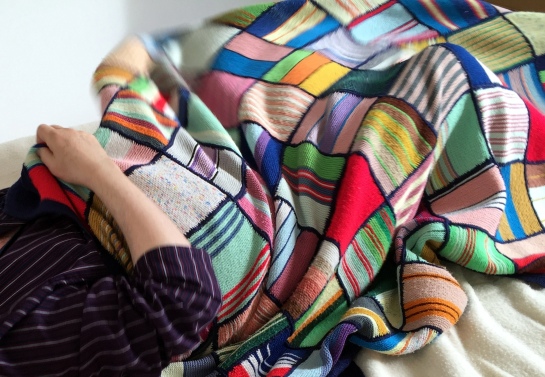 For half a century they’ve provided comfort to family
Mine, the first of how many blankets? Only God knows
Sitting on your bed, knitting squares (117)
Family time in the living room, arranging squares to be assembled
You’ve been gone many years, yet memories remain in your handiwork

winning entry to Essence of a Memory competition, Scotland, October 2016

from Aalborg
inspired by #LumosityContest

A lively knees-up, with a lot of mishmash
Brash, trash, clash, gnash, splash, and a whole lotta flash!

Perhaps a bit sottish? It was very Scottish
Did anyone vet it? Non-Scots wouldn’t get it

Starting off with a trip by a warbling Barrow man
in tacky heather suit, atop tartan tourist van

Teacakes in foil, plus crooning by Boyle
Glasgow kiss redefined, prejudice left behind

Forth Bridge supported by the national drink
Not amber, but orange (just have a think)

Nessie and Dolly, those heavenly creatures
Just two of the wonders our bonnie land features

Duke of Wellington sporting his cone
Finally! Council this does condone

Athletes’ parade, with mascots in tweed
With each delegation did a wee dug precede
And last, but not least, the Scots in their tartan
Despite the carfuffle, they did look quite smart in
their kilts and their shawls (perhaps a bit loud?)
Yet what’s not to like, they do us all proud!

McGregor and comrades, the ones who persuade
to put children first, in sync we can aid
by texting a fiver, UNICEF can provide
vital help for all bairns Commonwealth wide

Prince Imran confused, the Queen not amused?
Baton freed by Hoy, to Her Majesty’s joy

Fireworks to follow, all around the Clyde
With nary a blowdown, preserving Glasgow’s pride

Reviews that came after included the following
Yet we’ve not the time for self-pity wallowing
‘kitsch’, ‘awful’, ‘energetic’, ‘colourful’ and ‘brilliant’
Just goes to show that the Scots are resilient

To borrow some lines from Karen‘s review
I couldn’t fit in all that I wanted to
Just ran out of time (and space), so skipped out a few
The people of Scotland–indeed, just like you!

Ab Fab event, eleven days to excite
Welcome to Glasgow, and have a good night! 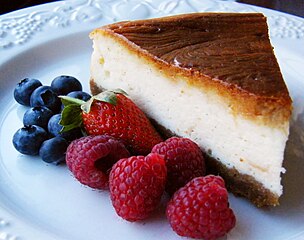 To the tune of ’Cheesecake’ (Teo, 2014)
Must be sung and danced for maximal gratification

I don’t wanna be your taster when you bake
I’m not gonna eat your strudel, big mistake
I look over all the recipes you could make
And all I want is your sweet cheesecake

I don’t wanna be your lab rat when you bake
I’m not gonna eat your babka, makes me ache
I look over all the sweets I could partake
And all I want is your sweet cheesecake

Hey, I will stay close at hand
Just don’t demand
It wasn’t ever this way planned
My belly to expand

I don’t wanna be your subject when you bake
I’m not gonna eat your rugelach, big mistake
I look over all the recipes you could make
And all I want is your sweet cheesecake

I don’t wanna be your guinea pig when you bake
I’m not gonna eat your mandelbrot, makes me ache
I look over all the sweets I could partake
And all I want is your sweet cheesecake

I don’t wanna
I’m not gonna eat your blintzes, big mistake
I look over all the recipes you could make
And all I want is your sweet cheesecake

I don’t wanna be your testee when you bake
I’m not gonna eat your kichel, makes me ache
I look over all the sweets I could partake
And all I want is your sweet cheesecake

I don’t wanna be your victim when you bake
I’m not gonna eat your hamantasch, makes me ache
I look over all the sweets I could partake
And all I want is your sweet cheesecake

4:15 am: the Grinch is awoken
Shouting he hears, but what’s being spoken?

He peers out the window, below he espies
a band of young people, through his bleary eyes.

Students out carousing all night
completed their schooling, their caps all in white.
Sauntering down the middle of Strandvejen
(for those not local: a path death-defying!).

The Grinch makes a smirk; “Serves you right”, he believes
“One reaps what one sows, you sleep-stealing thieves!”

(Yet–in truth, he’s not certain a cap did go missing
but allow him some licence for this little dissing).

The Grinch went out, with cap in hand
He saw some friends upon the strand
Got very wet; to home adjourned
Upon arrival the sun returned
(briefly) 😡

His cap gone missing, umbrella was busted
Ten days of rain, if forecast is trusted
Homebound he’ll be till the weather does break
Unless DMI did make a mistake.
(often) 😳

Resolved to search along the strand
The cap was found where it did land!
Many had passed, but none did grab it
’cause trusting is a Danish habit.
Crisis averted! 🙂

Having discovered that I have a habit of composing rhymes whilst brushing my teeth or in the shower, I decided to put this activity to some use. Posts here are mostly ditties, generally composed when I’m feeling inspired; some commemorate special occasions. Many are associated with a specific event or person, so don’t feel too frustrated if you don’t get it!